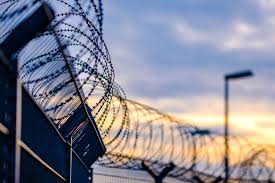 What is Compassionate Release?

Every inmate is eligible for a reduction in their sentence provided he or she can demonstrate “extraordinary and compelling reasons” for such a reduction. It is not that easy, however.

Prior to 2018, the United States Bureau of Prisons (the “BOP”) was the gatekeeper for all such motions, meaning the warden of the inmate’s facility was the only person who could file a motion with the inmate’s sentencing judge. The First Step Act of 2018 changed this, however. Inmates may now file such motions provided they: (a) first request a motion from their warden; and (b) either exhaust their internal administrative appeals or wait thirty days from the date the warden receives their request.

“Extraordinary and compelling circumstances” can fall into three distinct categories: medical, non-medical, and age-related circumstances. The BOP considers a “terminal medical condition” as any incurable disease resulting in a life expectancy of 18 months or less and an end-of-life trajectory. It also considers a “debilitating medical condition” as any incurable, progressive illness or injury for which the inmate is unlikely to ever recover and unable to ever engage in self-care.

How to Petition for Compassionate Release.

First Step: Submit a written request for a compassionate release to the warden. It remains unchanged that every inmate must first request compassionate release from their warden, in writing. This request may come from the inmate, a loved one, or from an attorney. In addition to setting out the “extraordinary and compelling” reasons for compassionate release, the request must also include a proposed release plan. The release plan must set out the inmate’s planned residence upon their release, their ability to support themselves, their medical treatment requirements (if applicable), and their plans to pay for their medical treatment (if applicable).

Third Step: File a Motion with the Sentencing Judge. If the warden fails to act, an inmate, either on their own or through and attorney, should move their sentencing court for a sentencing reduction. The sentencing court will then evaluate the same factors considered by the warden.

How Has COVID-19 Impacted the Compassionate Release Process?

Facing a virus that spreads quickly through large congregations of people, the COVID-19 pandemic poses a tremendous threat to prison populations and employees. This has led to a significant increase in the number of compassionate release motions filed, particularly from inmates who are at-risk from the virus.

The question being presented to numerous courts is whether COVID-19 can provide “extraordinary and compelling circumstances” to allow for the release of an inmate who is in a high risk category for the virus. An increasing number of courts have answered “yes” to this question.

The CARES Act passed by Congress in response to the pandemic also attempts to address this issue. For example, it removed the restriction that had previously limited inmates to serving home confinement only for the last 10% of their sentence. This broadens the possibility for home confinement for a broader swath of at-risk inmates.

GMA attorney, Ben Allen, has experience before numerous federal courts, and he is ready to assist you. Please contact us today if you need assistance with your loved one’s compassionate release motion.