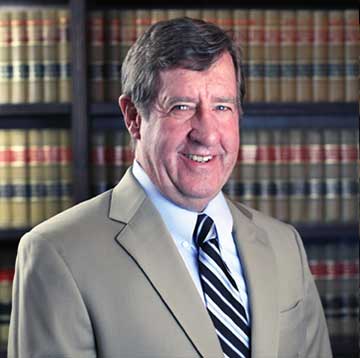 William W. Allen joined Gess, Mattingly, & Atchison in 1978 and has been a shareholder since 1984. The focus of his practice is business litigation and business counseling and transactions. He serves clients in a broad range of industries, including securities and financial services, energy, broadcasting, construction and health care.

Mr. Allen has extensive experience representing major national and international corporations in connection with their operations in Kentucky, across the nation and around the world. His clients have included securities broker-dealers, banks and financial institutions, coal operators, oil and gas concerns, television and radio broadcasters, manufacturing and construction companies, and the Chinese/American joint venture that built and operated the largest open-pit coal mine in the world in Shanxi Provence, China. He practices at all levels of the state and federal court systems and has presented oral argument to the Supreme Court of the United States. He also has extensive experience with arbitration and other alternative dispute resolution procedures.

Mr. Allen was born at Ft. Benning, Georgia, and grew up in Alexandria, Virginia. After graduating from Davidson College, Mr. Allen served as an Army Reserve Intelligence Officer and worked as an underground coal miner and a tennis professional. He is an instrument rated pilot. He joined Gess Mattingly & Atchison immediately after graduating from Vanderbilt Law School and has practiced with the firm for his entire career.